Four Corners Advisors, Inc. (FCA) is a consulting firm operated from July 2007 through January 2010, and relaunched as of May 3, 2014, that specializes in providing:

FCA places particular emphasis on assisting owners and developers (a) in evaluating the best uses for their properties or target acquisitions, (b) by providing preliminary programming information, concepts and vision statements to its clients and clients’ design consultants, (c) by identifying appropriate potential brand and management company for a given situation, (d) in the negotiations of term sheets, LOI’s, and management agreement documentation and (e) in providing workout and restructuring strategy and advice. Additionally, FCA offers executive level strategic consulting on a variety of transactions related to the hospitality industry. 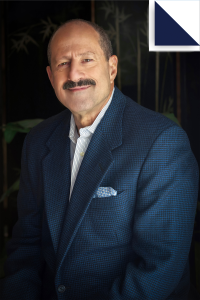 The International Society of Hospitality Consultants is truly The Leading Source for Global Hospitality Expertise, represented by over two hundred of the industry’s most respected professionals from across six continents. Collectively, ISHC members provide expert services in over fifty functional areas and have specialized skills in virtually every segment of the hospitality industry. ISHC is dedicated to promoting the highest quality of professional consulting standards and practices for the hospitality industry. Candidates undergo a rigorous screening process, ensuring that all ISHC members have a reputation of integrity and are qualified by their experience, training and knowledge to develop and express sound judgment on industry issues. Additional information about the organization, along with a directory of ISHC members, is available at ishc.com.
VISIT SITE

Michael C. Shindler is President of Four Corners Advisors, Inc. (FCA), a hospitality transactions consultancy and advisory firm he established in July 2007 and relaunched in May 2014.  FCA provides strategic, transactional and asset management services to developers in the conception, programming, planning and negotiation of hospitality transactions, advisory services in brand entry to the hospitality marketplace and restructuring and workout services to lenders and borrowers for hotel loans. In 2022, Mr. Shindler was elected to membership in the prestigious International Society of Hospitality Consultants.

Mr. Shindler’s career arc has involved positions of increasing responsibility in the hospitality transactions industry over the last 30 years, working with a major brand in a development capacity, hospitality brokerage and consulting boutique, an international luxury brand, a destination resort company, and a lifestyle brand. In addition, prior to his entry into the hospitality industry, Mr. Shindler held senior development positions with a major real estate syndication firm and practiced law in Chicago from 1976 to 1984.

Mr. Shindler has spoken and written extensively on the relationship among hotel owners and hotel managers and the impact of the legal system on that relationship and is a regular speaker at hospitality investment conferences.  Since 2014, Mr. Shindler has been a regular faculty member for the Hotel & Tourism Law Program at the Washington College of Law of American University in Washington, DC, where he served as an Adjunct Associate Professor from 2017 to 2020. In addition, Mr. Shindler has lectured to both graduate and undergraduate hospitality classes at University of Denver, The Ohio State University, Roosevelt University (Chicago), University of Delaware, University of Central Florida and Ferrandi, The French School of Culinary Arts and Hospitality Management, in Paris.

Mr. Shindler is a former member (having stepped down in 2020 after eight years of service) of the International Advisory Board of Carolina Performing Arts, the organization on the campus of the University of North Carolina.  During his tenure, Mr. Shindler served as chair of the Strategic Initiatives Committee for CPA (2013-2017), Vice Chair (2015-2017), Chair (2017-2018) and Chair Emeritus (2018-2020) of the IAB.

Mr. Shindler received his AB in Political Science from the University of North Carolina in 1973 and his JD from Washington University (St. Louis) in 1976.  Mr. Shindler and his wife, Andrea Gellin Shindler, have two adult children (Adam and Carey), a son-in-law (Matthew Warren) and a daughter-in-law (Tiffany Grob), all professionals in the hospitality industry.  They live in Chicago and maintain a residence in Phoenix.

Explore What We Do

Our full service advisory suite enables owners, investors, developers and operators to maximize the value of their asset from day one.

We work with investors throughout the acquisitions process - due diligence, business plan development, negotiation and closing transactions.

We advise on location and property positioning for owners and developers, including programming and brand fundamentals.

We complete thorough operational evaluations and market analyses. Our results-oriented recommendations are designed for implementation.

We serve clients in special advisory situations, from workouts and restructuring to strategy and organizational challenges.

The principal of FCA, Michael Shindler, has more than 40 years of sophisticated legal and transactional experience in commercial real estate, of which more than 30 years have been spent in the hospitality field.